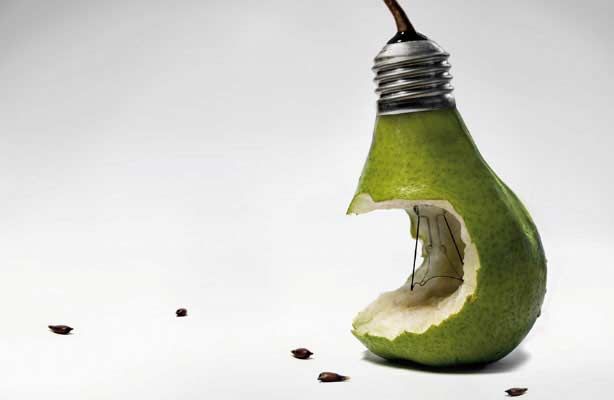 The term authority according to some definitions that you can easily find means the indisputable validity of someone’s opinion. This person is someone who knows about a subject in depth, the specialist. The etymology of the word is attributed to the ancient word “αυθέντης” (pron. athentis) that means master … lord.

Let’s travel back in time, to see the knowledge of the authorities.

Some hundred years ago, an authority revealed that the earth was flat, that the stars were holes in the sky or souls watching us, that the sun was a deity, and also that there were twelve gods living on a Greek mountain … you may smile, but the people of that era did not consider these as funny. Moreover, it is not funny at all, if you consider more recent authorities, that cured people with exsanguination, or lobotomy, or started world wars aiming at the dominance of the “superior” human race.

Many times, the term authority seems to be characterized by the indisputable acceptance of an idea from the majority of people, not being based though on the arguments supporting it, but on the person expressing it.

An example of appeal to authority, in our everyday life, is when someone uses it as an argument to support his opinion. In Greek this was called «προσφυγή στην αυθεντία» (pron. Prosfigi stin afthentia) and in Latin “argumentum ad verecundinam” (meaning, an argument you have to respect). If you carefully observe the conversations you participate, you will see that a lot of times the participants invoke the name of an “eminent” person to support their position. Of course, as you understand, the invocation per se does not consist a logical argument, but instead it can easily carry us away to a logical fallacy. For example, in my attempt to prove that the economic situation in our country is good, I can claim that my opinion coincides with that of a famous economist. Logical Fallacy, don’t you agree?

Since the ancient years, a kind of submission of the masses, to the authorities, is observed. This kind of submission was differentiated from fear by a simple word game. The place of fear was taken by the word respect that according to its definition is: the appreciation we show to someone. It may sound innocent, but speaking of authorities, we do not refer to the respect someone gained being based on his work, but on the “position” from which he is speaking.

What does history say about the disputation of authorities?

Disputing an authority always had and maybe still has painful consequences.

Medieval period has been a bloodbath for people who disputed authorities. Back then, the fate of those daring to come out with something different from the specialists… was to be burned at the stake. 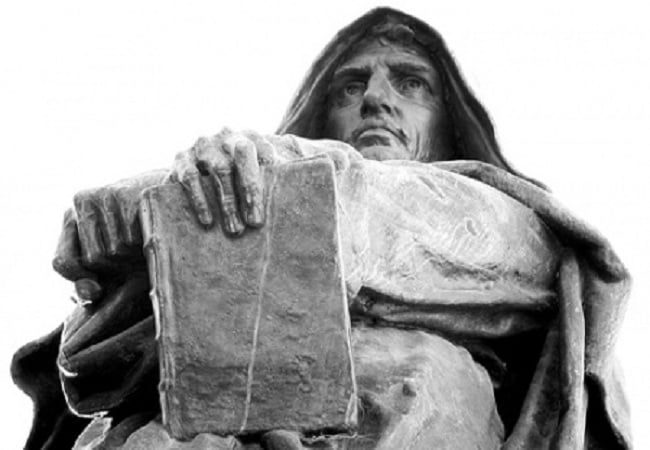 One of those who lost their lives was Giordano Bruno (1548-1600 Italian philosopher, mathematician, poet and astrologist). Bruno was sentenced by the Inquisition of Rome to burn on the stake. He died on the 17th of February of 1600. See wikipedia.

Someone may think that Middle Ages had to do with religious authorities, but reality is for more different. Giordano Bruno’s theories did not only have religious references. Bruno, inter alia, maintained the idea that “there is no star in the center of the universe, because the universe is extended to all directions in the same way. Each star is a sun like ours and around each of these stars other planets revolve. They are unseen by us, but they exist.”

It sounds familiar doesn’t it?

It is not difficult to understand that we created a society based on the supremacy of authority, political, economic, military, scientific, and religious. It is clear that the base of the human civilization is knowledge and the way it is expressed by the authorities it represents.

It seems that knowledge is governed by a natural rule that is very interesting to observe.

Choose any object you wish and you will see that its study will lead to knowledge that necessitates further segmentation.

Let’s put it simply. Let’s choose a very important science, for the human being, medicine. The knowledge that nowadays consist healthcare system is “expressed” by authorities like, chemists, researchers, biologists, and of course doctors of different specialties.

A few thousand years ago, all these specialists were just one person.

Moreover, today there are other kinds of medicine, like classic medicine, homeopathy, energy medicine, orthomolecular medicine. The civilized name given to this segmentation of knowledge is … specialization!

Do you discern any danger?

Is there any danger in the fact that the more knowledge increases, the more it segments itself?

Is there any danger in the fact that the chemist does not know anything about medicine and the doctor does not know how the prescribed medicine works?

Is there any danger when your perception works in the limits of your specialized knowledge?

Is there a chance that you might miss the ability of a general sense of relation between things? Give this some thought through your life experience and answer.

There is something that moves, in the exact same rules knowledge does… Thinking. Not thinking in general, but its part that we have already described as linear thinking. Let’s refresh our memory. “The first character thinks linearly – mathematically – and is based on demarking and identifying. This character has fragmented perception of reality, he is good in analyzing, has great perception of time and knows how to write and communicate through words”.

Can you see that the functioning of authority and knowledge hide in the description of this kind of thinking?

Maybe the risk is not only of losing the general sense of interaction. There is also the risk of instinct’s death.

I believe it is clear that what leads to obedience to the authorities, is someone’s insecurity because he/she doesn’t know. We are not talking of complicated concepts like the functioning of a computer, or the laws of quantum science. Let’s take a look at (simple) everyday things, like our nutrition. We have already analytically described in the previous article on behavior, the effects of nutrition on our lives. So, one example of how the instinct can be distorted is the use of taste boosters in food, or, substances, in general, that seem to alter our real needs. As a consequence, when instinct is confused, “logic” takes the reins.

Have you ever wondered about how often during a day, we address to the knowledge of authorities?

Referring to nutrition, there is an incredibly large number of articles in the internet about it; many of them conflicting with each other. It seems that you have to be lucky in order to find a reliable article on what or when to eat or how many times you are supposed to eat. Furthermore, it is impossible, being based on logic, to decide which article is truthful, since our judgment is based on individual knowledge and ethical education. In fact, this does not constitute an objective viewpoint. Do not stick at nutrition. Please look and observe other examples, on your own. There are countless of them and they are right in front of us.

This is the world of thinking. It is a complicated world, relying on arguments that are always going to be incomplete. Every logical assertion proves its truth, being based on elements that can never be complete.

Look at the inventions that were thought to be the solution of a problem but on the contrary, created bigger ones, look at the medicines that are retracted daily, look at the theories “celebrating” and then collapsing.

See that in fact, thinking is fighting itself. At the same time, discovers and disputes its creation, leading to a vicious cycle, which serves only its prevalence in our lives. If thinking really serves the human needs, then why inequality and distress grow exponentially. The only things that seem to prosper on the planet are the machines. They really evolve; they become cleverer and more functional.

No one is against science, no one claim that we should go back; the question is how we are going to move forward.

What does the notion that our life is based on mechanical thinking (which is contradicted by nature because it is unable to get the whole picture) mean?

Look at our lives. We constantly dissociate from any instinctual guidance. Observe the conflict between right and wrong choices and see where it stems from. Look at the loss of the “dog” in us and the supremacy of mechanical thinking, not because an authority says so, but because you become aware of it. If you do so, then let your own thinking answer the question of how it is going to function properly in the future.

Inside the Dog’s Mind